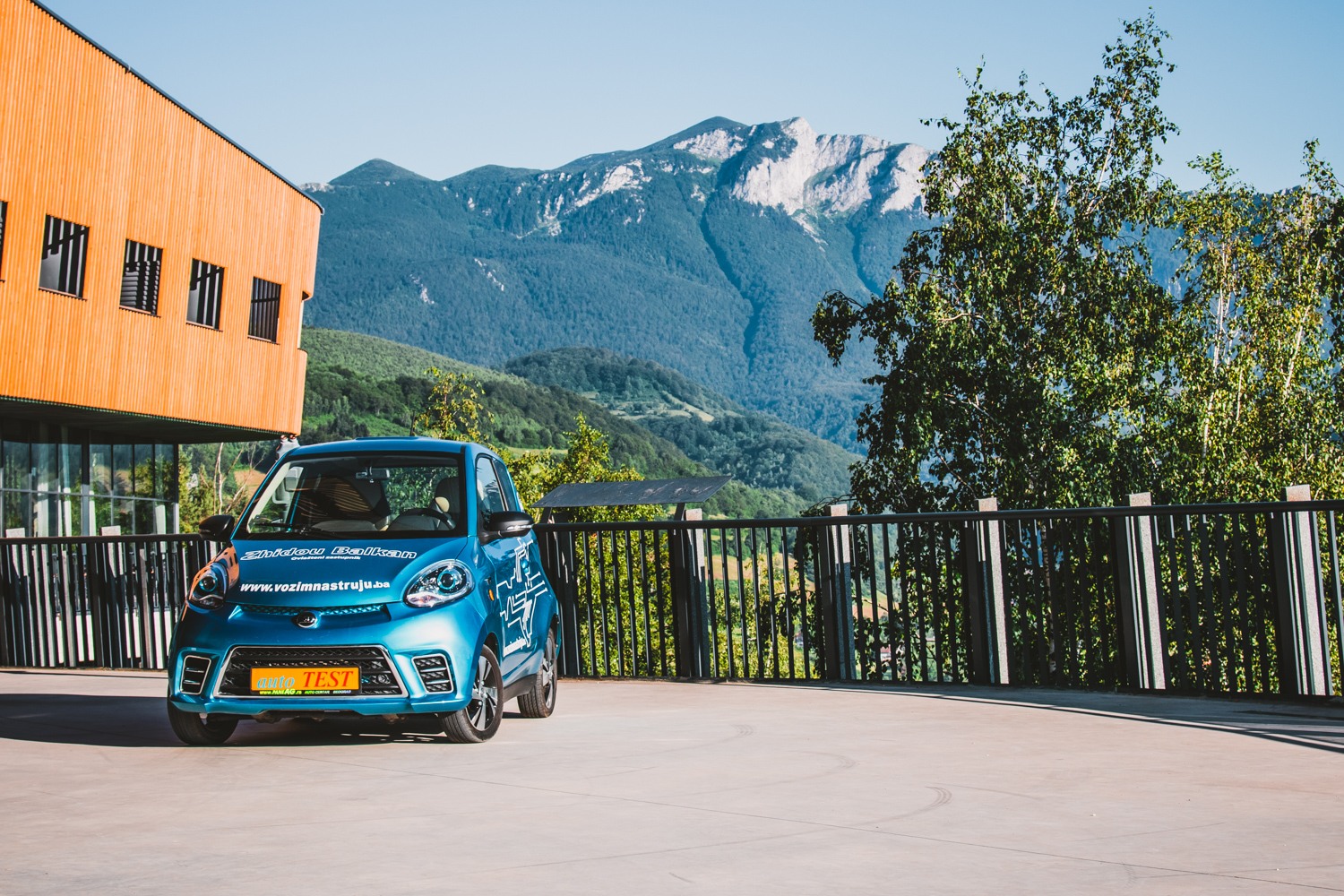 In this test, we present you a completely environmentally friendly car, of course it is an electric car that comes to us from China. Right at the start, let us tell you that this car is from the Chinese market, if we take into account the quality of workmanship and some conceptual solutions, it can freely embarrass most European car manufacturers. The main reason for this is that this company is owned by Geely Holding which also owns Volvo, Proton, Lotus as well as a stake in Daimler which owns Mercedes-Benz.https://www.youtube.com/embed/ZvmxllBHq8Q?start=348&feature=oembed

What everyone has been wrong about this car so far is its name, that is, everyone pronounced “Jew”, and since this is Chinese, it is correctly called “Jdo” and the model we present to you is D2. And just this model sold more than 300,000 copies last year.

The D2 is made for city driving, as its dimensions show, 2.8 meters in length, 1.5 width and 1.55 in height, which tells us that it is an extremely small car ideal for city streets and crowds. The wheelbase is 1.7 meters, while the weight with the battery is only 704 kilograms.

Zhidou D2 comes with a very modern design, which we are not used to the Chinese market, on the front interesting lights combined LED daytime running lights and xenon lights, on the left and right side air vent as well as a central one on the front bumper decorated with chrome moldings. One important fact is that the customer can pick 6 different colors and they are all metallic.

On the side, the first thing you notice are the small wheels, 13 ”on the front and 14” on the back. And it is very interesting that there are disc brakes on both the front and rear wheels, which clearly tells you that a lot of effort has been put into this car.

At the rear, a really treat, LED stop lights, a reversing camera, a fog light located in the lower part of the vehicle and other details make this car extremely attractive. A very interesting detail of the D2 car is its bonnet, which in this case is just the bonnet because it is physically removed from the car.

The performance of this D2 car is more than at an enviable level, an electric motor with a maximum power of 30 kw / 40 hp at 90 Nm, and a range of about 170 km of city driving, which is quite enough. Charging takes about 7 hours on a single-phase 220V current, while on a fast charger it is a little less than 4 hours, the only drawback with the D2 charger that we can single out is that when you connect the charger and lock the car, the cable charger could not be disconnected. The electric car market here is different, unfortunately.

The most beautiful thing about the Zhidou D2 model is definitely its interior, and why we are telling you this now you will see for yourself. The quality of workmanship and some things that this car has leave you speechless. In front of the driver there is a modern digital instrument panel size 4.5 ”on which you have information about the current power utilization in kilowatts, and the capacity of the battery in the state of the tank. In the central part is the speed, the number of revolutions of the electric motor and the position of the gearbox. When I already mentioned the gearbox, its appearance is certainly recognizable to you, and we have just stated the reason, and that is the share of ownership in Daimler, so the gear lever is “borrowed” from Mercedes.

The central display is an amazing 9 ”touchscreen size and its operation is not far behind the best modern smartphones. Inside, another surprise, the steering wheel is profiled, and it is in a very fine combination of rubber that is perforated. In addition, only the best materials were used in the complete car, so the seats are very comfortable and are made of leather, as well as the door trims, which are even stitched and give a dose of luxury. In addition, the reversing camera, electric windows, electric mirrors, built-in wifi and keyless hot spot ignition system are just some of the things you get in this D2 car. What is missing is a handbrake, but it is not electronic either, but in this little one it is a foot brake.

What we have to mention really is the ventilation, located under the central display of beautiful design and quality workmanship, but all that is irrelevant, what is amazing is that this climate works so well that you literally freeze blood in your veins, in summer you will not have problems with on the other hand heating in winter is more than ideal.