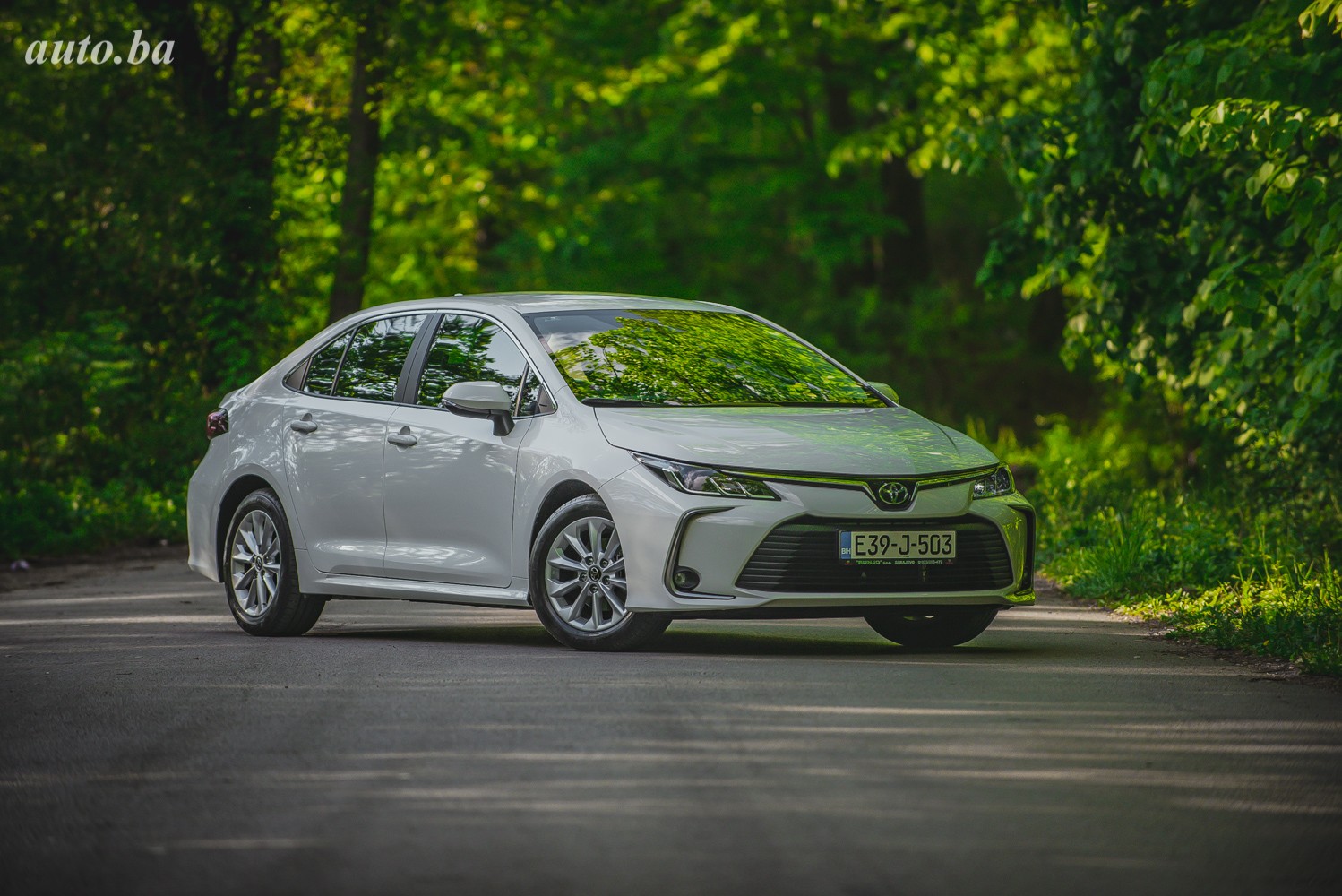 The 12th generation, in a refined and solid sedan edition, with a filigree 132 hp high-revving atmospheric petrol engine, which is quite efficient (9.7 s, 200 km / h) and consumes 6.5 to 8 liters.https://www.youtube.com/embed/PMD44MW0058?start=148&feature=oembed

Toyota Corolla, named the model with the largest ‘circulation’ in automotive history (about 44 million were sold since 1966, but with a significant change in concept) disappeared from our market (temporarily) in 2007, when the ninth-generation Corolla was replaced by the Auris. Admittedly, the Corolla then continued its ‘life’ in the sedan version, in the Asian and Latin American markets. But then, at the request of customers, a ‘come-back’ followed, in the 11th performance. This one was particularly convincing in the surprisingly energetic and economical diesel version of the 1.4 D-4D with 90 hp, which was 5 times more in demand in our market than the two-liter with 124 hp. It was also popular in version 1.6 Valvematic with 132 hp (a new such version, 12th generation, we just drove), and a hybrid version was also available. The new model has kept the recognizable style of the previous model, with a new stylish ‘stamp’ of the front part,

Dimensions have been changed minimally – length has been increased to 4630 (+10), width to 1780 (+5), and height has been reduced to 1435 (-30) mm. That it is a hi-tech derivative of the previous model is shown by the retained wheelbase of 2700 mm. The new Corolla is built on a firmer and lighter platform, using 18 percent ultra-high-strength steel (UHTS) and 30 percent high-strength steel (HTS), which is a class record. Hence the Japanese limousine. on the border of compact and middle class, with a retained weight of 1300 kg for a third stronger than the previous one. Since the previous model has already won five stars for safety, it can be ‘put a hand in the fire’ that the new model will repeat the excellent result, in stricter criteria. The Toyota Corolla Sedan is a direct competitor to the Škoda Octavia, although the 471-liter boot cannot compete with the Czech (590),

This is an even more important feature of the sedan and a wise strategic decision. Japanese experts have wisely combined a restrained modernist style, with hi-tech elements clear. The clear instrument panel is dominated by a large fan speedometer, a smaller fan speedometer and a fan-shaped fuel level and temperature indicator. The central part is dominated by a large touch screen, and the steering wheel, raised gear lever and other controls emphasize good ergonomics. The spaciousness is solid on the front and rear seats, which is due to the wheelbase of 270 cm (this is already the limit of the D-segment, or middle class). The only (big) question mark in the choice of this model is the exclusion from the offer of the ‘hit’ 1.4 D-4D turbodiesel with 90 hp. How premature it was, time will tell, but already now many ‘big’ buyers (rent-a-car) are bothered by it.

The interior is clear, ergonomic and solid, it is not premium, but it is an excellent confection. The gear lever seems a bit too long, but after the first shift we realized that everything is for five – shifting is comfortable and precise. Evenly, over a wide rev range, it releases power (without shock) and is aided by a well-graded performance, although (to reduce consumption, CO2 emissions and noise levels) the transmission is a bit too long.

The performance is very good, almost sporty. The limiter is set to 6500 / min, and when accelerating, we switched to 6400 / min. Then in the first stage it reaches 53, in the second 97, in the third 143 and in the fourth stage the highest 188 km / h, and in the fifth the highest 200 km / h, so the sixth stage is economical. Acceleration to 100 km / h of 9.7 s is very good, dynamic enough. In normal driving, it is enough to switch at 5000 / min, although the engine requires revs. It pulls evenly from 2000 / min, thanks to the valve phase adjustment system. This is why the Corolla has power in every gear and at all revs, and fuel consumption is relatively affordable. It consumed 5.5 to 6 liters outdoors, and 8 to 8.5 in the city. So, one should count on an average of about seven, which is quite good considering the performance and size. Convincing performance is also favored by a quality chassis,

Due to the longer tail, the Corolla Sedan is placed in the bend faster, because it is less prone to understeer and behaves almost completely neutrally, without surprises. Only when fully loaded and in case of overspending can a controlled rear slip be expected, which is easily controlled by a precise steering wheel. The brakes with 288 mm front discs are strong, easy to dose and allow stopping at 100 km / h at 36.5 meters. A convincing impression is rounded off by a feeling of first-class quality and the third equipment package (Terra, Luna, Sol, Executive).

One thought on “Toyota Corolla, on top again!”