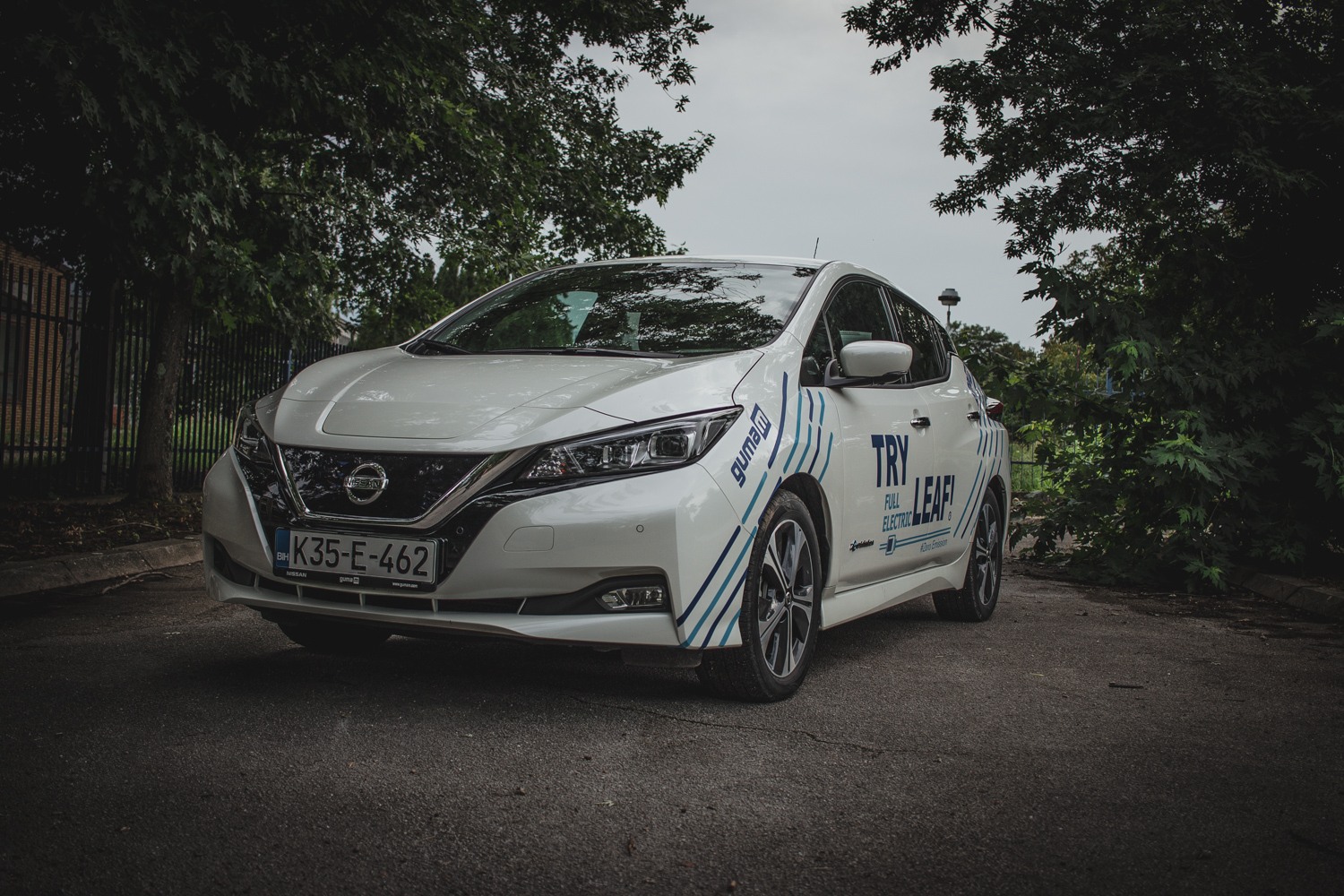 The new generation of electric Nissan Leaf brings a calmer and more elegant design, and in addition to electric drive, it competes with typical representatives of the compact class.https://www.youtube.com/embed/jasfhnbyk0I?feature=oembed

Nissan introduced the first generation Leaf in 2010 with a somewhat futuristic look, but it was officially only available in certain markets. The new generation brings much more than a different design and a more powerful battery, and one of the most important innovations is the e-Pedal, ie the possibility of driving a car with only one pedal – the accelerator pedal. Although it seems a bit strange at first, after getting used to it, driving becomes easy, but more on that later.

Many did not like the first generation Nissan Leaf, especially the design of the rear end, because the car looked too futuristic. Nissan took all the criticism into account and made the second-generation Leaf quite modern, but not futuristic. Now the Leaf looks like a typical representative of the compact class.

There is a distinctive Nissan grille on the front, but this time there are no air vents, the side window line rises towards the rear of the vehicle, while the trunk lid is partly between the stop lights, and is a great addition to the black roof that the test model possessed. The interior is also designed in accordance with the current time, and apart from a small gearbox, it is not possible to say at first that it is an electric car.

Thanks to the clever placement of the batteries under the seat, the trunk did not lose anything, the volume of 435 liters is more than enough, which is a good result.

When you open the door in the Nissan Leaf, comfortable leather-covered seats await you. The seats are comfortable, but we’d love for the driver’s seat to be lowered more or to get more prongs, two to move backwards as tall drivers will find it harder to fit.

After you sit in front of you is the steering wheel known from other Nissan models, and on the control panel is the speedometer on the right, while on the left is a 7-inch screen that displays all the information related to the car and battery. The center console has a built-in 7-inch infotainment system screen, and it should be mentioned that the Leaf supports both Android Auto and Apple CarPlay, and provides support for digital radio (DAB), and navigation is also installed as standard.

Just below the screen are the physical buttons for adjusting the air conditioning, which we especially praise because the control is simple and fast. It should be emphasized that the Leaf can be programmed to a certain temperature in the interior, whether it is cooling or heating the cabin, and this is only possible while connected to the charger. That is, in winter, you can be greeted by a pleasantly warm Leaf every morning at a certain time.

Below the air conditioning controls, there is a button for turning the Leaf on or off, USB, AUX and 12V connections and a switch for heating the front seats. Going from the center console to the part in front of the gearbox, we come across a small compartment, and between it and the miniature gear lever there is a switch for activating the e-Pedal function. There are also cup holders and an armrest.

The biggest difference compared to most other cars in the world is under the hood of the (electric) engine, where the electric motor is located, which develops a maximum of 150 hp available from 3,283 up to 9,795 rpm, but it is more important to mention the torque of 320 Nm which is available from 0 up to 3,283 rpm.

Acceleration is linear and without any jerks, and some people who were driving an electric car for the first time compared the initial acceleration from a standstill to the acceleration of a plane before takeoff. Of course, this lasts for a short time and already at around 80 km / h the acceleration is no longer rapid, but for city driving it is more than enough.

But when driving like this, forget about the long range of the battery, because pressing the accelerator pedal to the floor consumes the most battery capacity of 40 kWh. According to the factory specifications and various tests, the range of the test Leaf is from 270 up to 389 kilometers.

Charging via ordinary chargers, ie via a home socket, can take up to 12 hours! With a slightly more powerful, 6.6 kW charger, charging will take about six and a half hours, and only on very fast 50 kW chargers, which are rare in our country, will you be able to charge the Leaf in up to 60 minutes. Again, some other parameters need to be taken into account, so the charging time also depends on the outside temperature.

This brings us to the field of the e-Pedal system, Nissan’s innovative one-pedal car driving system, the accelerator pedal. No matter how illogical it sounds, in practice, after getting used to it, this system proved to be great for a relaxed ride.

The system works by accelerating by pressing the pedal and when you reach the desired speed, stop the pressure here and maintain the speed. If you squeeze it harder, the Leaf will accelerate faster, as in classic driving, but releasing the accelerator pedal starts the braking, which works in the same way. If you release the accelerator pedal slightly, the system will brake slightly, and if you release the pedal completely, the Leaf will brake with maximum power. It should be noted that the stop lights are activated in the same way as with conventional braking. 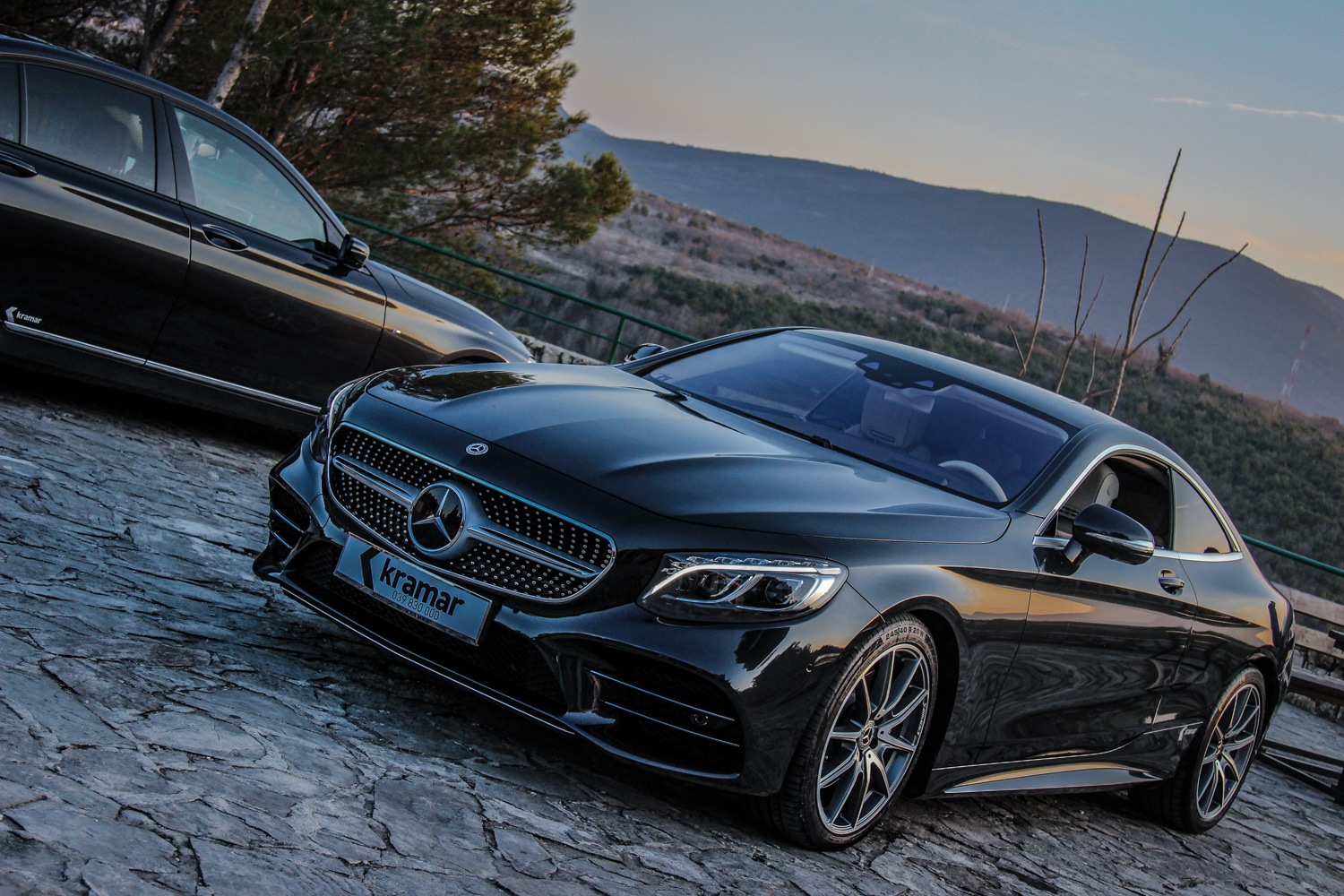 Mercedes-Benz wisely took care not to disturb its graceful appearance. The sudden changes can be seen …

The Maserati named Ghibli performs in the upper middle class, and will compare its strength … 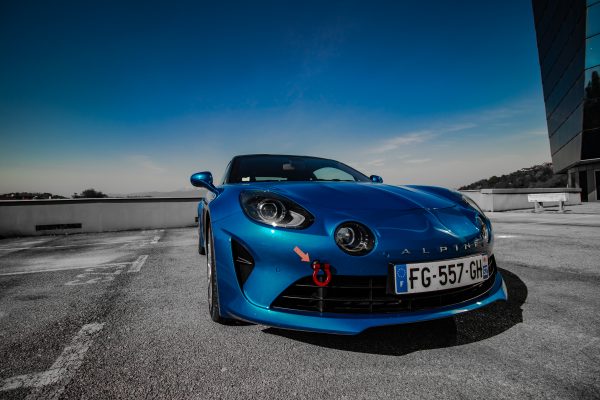 Although in 1995 it seemed like the end for the existence of this company, still …

Powered by WordPress | Designed by TieLabs
© Copyright 2022, All Rights Reserved